A Brief History of Burns Night 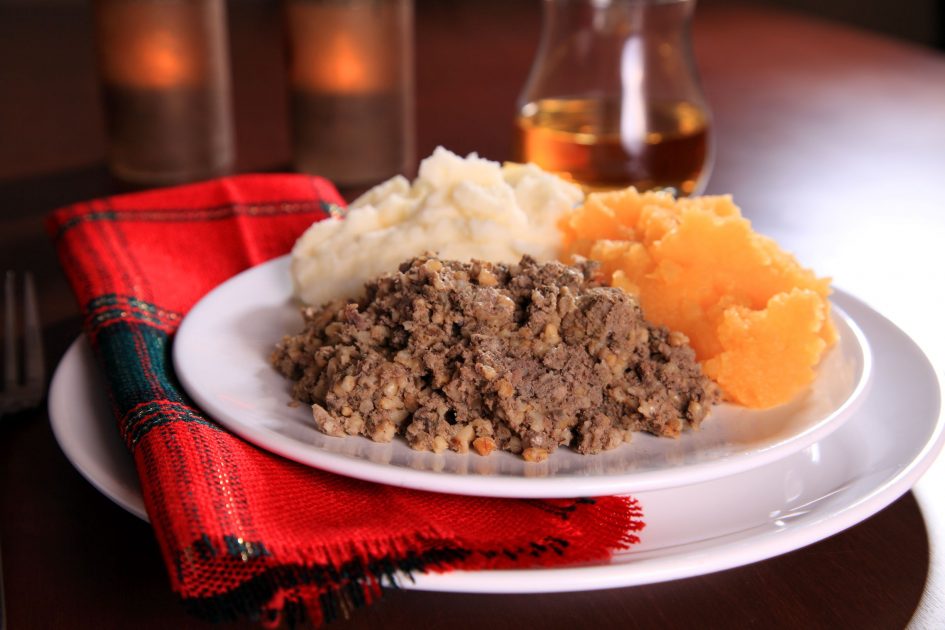 With Christmas and New Year now behind us, the next event we love to celebrate in Scotland is the 25th of January. We’re talking about Scotland’s ‘other national day’, after St Andrew’s Day in late November. Any guesses? We are of course talking about…Burns Night. It’s an important date in the Scottish national calendar, but why? For that, we need to go back in time….

What is Burns Night?

Burns Night is an annual celebration of Scotland’s most famous poet – a man called Robert Burns. Born in Ayr, Burns was more than just a poet. He produced hundreds of poems, songs and letters. You no doubt may have heard (or even sang!) ‘Auld Lang Syne’ when ringing in the New Year? That was written by ‘Rabbie’ Burns too! In all he penned more than 550 poems and songs before his death in 1796. Today he is honoured with the title ‘Scotland’s national poet’ or the ‘National Bard of Ayrshire’

Origins – A Tradition is Born

The very first Burns Night was held in 1801, and over 200 years later, some of the traditions of that night still exist today.

Burns Night itself marks the anniversary of Robert Burns’ birth on 25 January 1759 and the traditional Burns supper is an evening event that celebrates his life and work. History can trace its origins back to nine of Burns’ close friends who decided to get together to mark the fifth anniversary of their friend’s death. Taking place at Burns Cottage in Alloway, the night included a tasty meal of haggis, performances of Burns’ work and a speech in honour of the great ‘Bard’. The night was deemed such a success, it was decided the occasion would be held again, this time in honour of Rabbie’s birthday, and so the tradition we enjoy to this day was born. Let’s look at the origins of the special traditions that mark Burns Night.

The centrepiece of any Burns Supper is always the haggis. If you’re unfamiliar with haggis, you may want to take a seat as the ingredients can seem a little ‘unusual’, but we can assure you it’s tasty!

Haggis is a savoury pudding containing sheep’s heart, liver and lungs, which is minced with onion, oatmeal, suet, stock and a selection of spices. This is then traditionally contained in the animal’s stomach. The haggis is served with a side of mashed turnip (neeps) and potatoes (tatties) which are also usually mashed. The food is, of course, accompanied by the finest Scotch Whisky.

If haggis just doesn’t appeal to your taste, there are popular Scottish dishes like Cullen Skink soup, made from smoked haddock. You can also get vegetarian versions as an alternative to the traditional haggis.

Address to a Haggis

A Burns Night usually will kick off with a host reading his “Address to a Haggis”. This poem was written by Burns to celebrate his appreciation of the Haggis. This particular poem is always the first item on the programme of Burns’ Suppers. The haggis is generally carried in on a silver salver at the start of the proceedings. As it is brought to the table a piper plays it in (knowing as ‘Piping in the haggis’)

One of the invited guests then recites the poem before the theatrical cutting of the haggis with the ceremonial knife! Guests can then enjoy an evening of dancing and traditional Scottish music.

So, there you have it. We hope this trip in time shed some light on a much-loved Burns tradition celebrated in Scotland and across the world. Wherever you are, let’s all raise a glass to Robert Burns.