Burns Night: How to have the perfect meal [STUDENT BLOG] 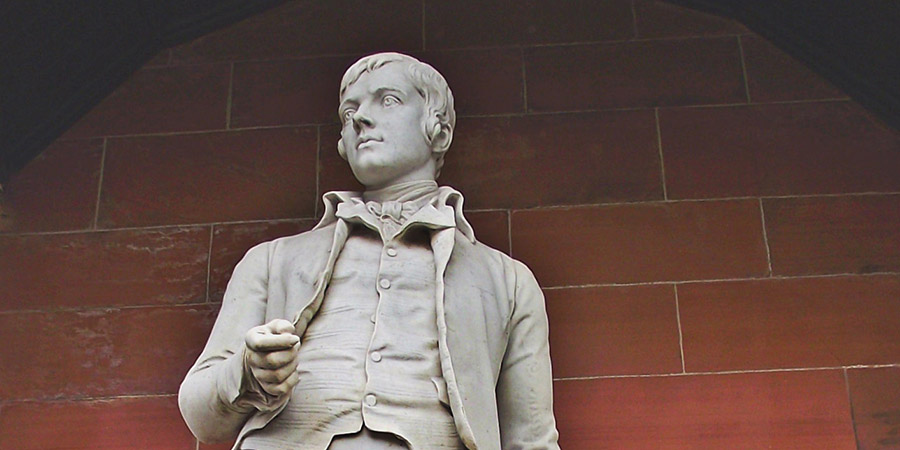 Robert Burns was born on 22 January 1759. He embodies Scottish national pride to the fullest – matched maybe only by our own Andy Murray. A celebrated poet, Burns is remembered by an annual supper which is usually held within a week of his birthday. ‘Burns Night’ is a night full of poetry, traditional food and ceilidh dancing. Many people celebrate by attending formal Burns Night events, though a simple supper in your own flat with friends can be just as festive. Although many people form their own traditions around the night (eg a haggis supper or haggis pakora from the local chip shop), there are some universal traditions which are a sure way to get you in the celebratory mood!

In typical Scottish tradition, it’s customary that guests wear at least one item of tartan – be it a full kilt and sporran or just a simple tartan scarf. Ceilidhs often adhere to smart casual dress code, though shoes fit for dancing are a must. If you’re holding a supper in the comfort of your home, throw on some tartan pyjamas instead. The University of Stirling tartan scarf

A central piece of the Burns Supper is the food. Most notably – some would say controversially – is the haggis. It’s a traditional Scots dish of sheep’s ‘pluck’ mixed with onion, oatmeal, suet and spieces. Haggis is very much a love-it-or-hate-it dish. For those in the latter camp, vegetarian haggis is often more palatable and doesn’t look too dissimilar.

Haggis can usually be bought in local supermarkets and baked or boiled. Often served with neeps and tatties (that’s swede and potatoes to the non-Scots among us), the haggis is usually accompanied by Rabbie Burns’ Address to a Haggis, and a small ‘dram’ of whisky to toast.

The more adventurous cooks may want to try variations of their neeps and tatties, such as crispy cake or the always popular root mash. The Burns meal haggis is not complete without a whisky sauce. It’s quite simple to make: add double cream and whisky in a pan over medium heat and simmer. Remember to save a dram for the toast!

Perfect for Haggis-haters or as a simple entrée, there is a variety of filling Scottish soups such as Cullen Skink (smoked haddock), Cock-a-Leekie, (leeks, chicken and barley) or Scotch Broth (barley, vegetables, with or without your choice of meat). A variety of stews can also be made which still provide a hearty Scots meal – try venison stew, Highland beef stew or even creamy kale stew.

If your guests have any room left after their hearty meal a rich cranachan is just the sweet treat to finish off your meal. Made up of cream, whisky, fruit and oatmeal this is another easy recipe which is favoured by Scots. Otherwise, some tablet, shortbread or even a loaf of Selkirk Bannock (fruit loaf) is a lighter option and just as easy to make at home.

For the many among us who are not the most talented in the kitchen, an easy way out is to attend a formal event – such as the annual Burns Night hosted by the University – which includes a meal and ceilidh.