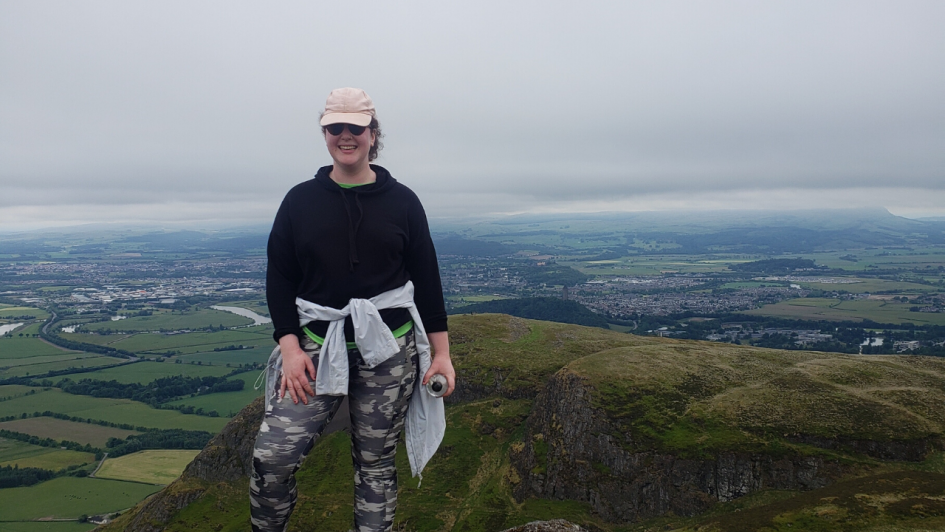 Are you looking for affordability? Just because you’re going to uni doesn’t mean you’ve got to fall into the cash-strapped student stereotype – and if you choose the University of Stirling, your wallet will probably be thanking you. MSc Psychology (accredited conversion course) student, Róisín McCollam from Cork in Ireland, shares why!

I was lost when I graduated with a drama degree, but I knew I wanted to do a Masters conversion course in psychology. Looking at all the available options my plan felt unattainable; everything was so expensive! If the fees were cheap, the rent was high, or vice versa. I was starting to feel dejected, working a minimum wage job, trying my best to save the few pennies I could each month. I thought it would take me years to save up enough!

I was bemoaning my predicament with friends one day, when someone asked if I had considered the University of Stirling. As I am not a UK citizen, I had been slow to consider the UK at all; wouldn’t the costs be astronomical for an international student? Would I be able to afford rent? Would I even be able to work over there? After doing a quick Google search, I found that, not only had University of Stirling been named the UK’s most affordable university five years in a row (Lloyds Bank’s Affordable Cities Review 2019), but I was also eligible for financial support from SAAS!

I applied and received a speedy reply. I had an offer for my dream course, and I would be awarded a £2000 scholarship, thanks to the good grades I achieved in my undergraduate degree! I cried many happy tears the day I found out. I was so excited I immediately began looking for accommodation. I assumed I would have to live with at least four other people to cover the rent (the same way I had been living for the past five years). I was pleasantly surprised again when I discovered that I could live in a spacious apartment, with just one other person, and still spend less money than I had ever spent on rent. I have lived in five different apartments over the years in both Ireland and Spain, and I have never paid so little for so much!

So, I had my apartment, I had my offer, I had my scholarship; all I was worried about at this point was finding a job. I was dubious that anyone would be willing to take on a foreign master’s student with little time to spare.

Thankfully, Stirling proved me wrong once again, and I did not have to look far. Before I even began my lectures, I had an interview set up with Student Ambassadors, University of Stirling’s personal welcome team. It was made clear that, other than a few specific days, we could work as few or as many hours as we wanted, literally picking and choosing which shifts to apply for.

As I was settling into Stirling, I was continuously struck by the beauty of my surroundings. Thanks to the campus being nestled in the hills of Stirling, I have been able to fill my weekends with free (every student’s favourite word) activities: biking, hiking, and even swimming (it’s not as cold as it looks)!

By the beginning of October, I had a great routine going: I would catch the bus or cycle to uni (thankfully the bus system is cheap and easy to use here), pick up a caramel cappuccino from the café next to my lecture theatre, squeeze in an hour or two of work with the ambassadors, and spend the rest of my time discovering the staggering beauty of the Scottish countryside.

I owe a huge thank you to the friend that introduced me to the University of Stirling, I have found my home and I could not imagine choosing to live this life anywhere else!