5 legends of music who once played on the UofS campus 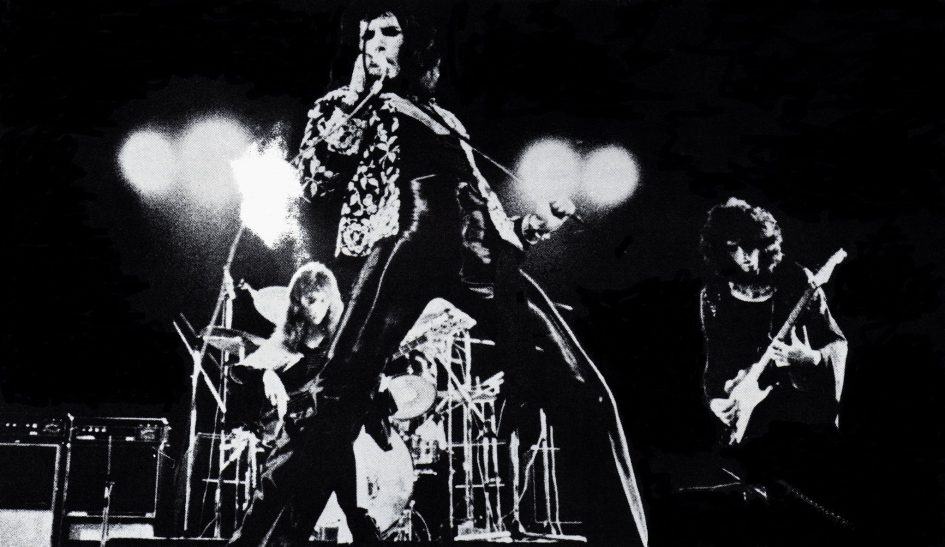 Queen at the Rainbow Theatre, only a couple of weeks after playing at UofS.

You may not know this – Stirling’s campus was once one of the trendiest places for live music in central Scotland. The early seventies saw a glut of acts play at the University before they were famous. With a subtle nod to the iPod’s fifteenth birthday on 23 September 2016, here are five legends (there’s no other word for them) of music who once graced campus with their presence. Sir Elton Hercules John (that’s actually his name) played his only Scottish gig of 1971 on campus in February that year. Sir Elton was booked to play Stirling just before his fame went global following some well-publicised praise from the legendary Bob Dylan in the Melody Maker magazine – he performed on a makeshift stage of chemistry tables ‘borrowed’ from the University.

Prog rock pioneers Yes played in Stirling in the early seventies with their original line up, not long after recording their seminal third album and having just returned from their US tour.

Pink Floyd – that band your dad likes – once played Stirling with an early line up of Dave Gilmour, Roger Waters, Richard Wright and Nick Mason. They played ‘Atom Heart Mother’ in its entirety on 18th May 1971 – again at the Pathfoot building’s old dining hall – and used the money earned from the Stirling gig to fund a golf holiday in Scotland. Some obscure bootleg recordings exist in the dark reaches of the interwebs. Over fifty (50) musicians have played in Hawkwind at one point or another. In the early seventies, Ian ‘Lemmy’ Kilmister – latterly of Motorhead fame – and the Hawkwind lads ventured to Stirling to play in what is now Pathfoot’s dining hall. He’s said to have drank a bottle of red wine from a pint glass (unconfirmed) whilst in Stirling.

Yes, the gods of rock themselves once played at the University of Stirling. Queen performed in the Pathfoot building on 16 March 1974 as part of their Queen II tour. Some say they left a little ‘magic’ behind when they left. Queen at the Rainbow Theatre, only a couple of weeks after playing in Stirling.

Paul Martin – one of the University’s first 164 undergraduates enrolled in 1967 (he was number 47) – was responsible for most of these bookings having been Stirling University Students’ Association President in 1969. Paul recalled that he almost managed to book the Rolling Stones to an open air concert on Airthrey Estate. They had been double booked for the day planned, and pulled out at the last minute.