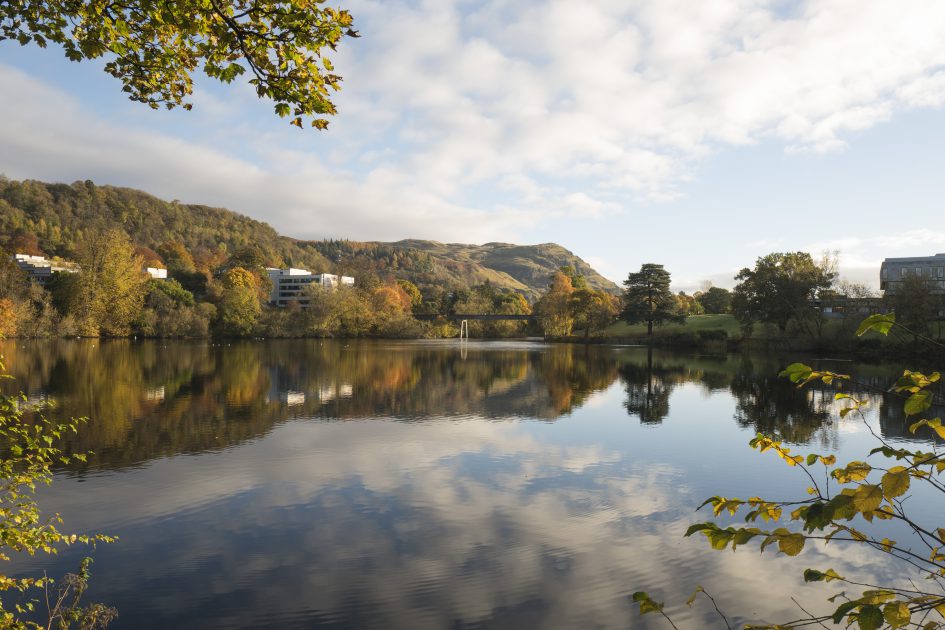 2016 probably won’t be remembered with much fondness across the globe (RIP David Bowie), but it was a momentous year for the University of Stirling. As the year staggers to an end, we’re looking back at the big UofS milestones of 2016.

In January, we were named one of the world’s top 200 most international universities by Times Higher Education – testament to our multicultural campuses. January also saw UofS respond to a national need for nurses with the launch of a return to practice nursing programme, as well as the inaugural 24-hour hackathon organised by the UofS Computer Club.

Science was a recurring theme in February. UofS research looked at how regrown forests can tackle global carbon reduction, the environmental benefits of beavers in Scotland, the importance of elephant grannies and the psychology of body odours. Stirling’s tennis scholars also kicked off an incredible year of sporting excellence with a hat trick of successes at the Scottish Indoor Tennis Championships 2016.

In March, news broke of a huge €7 million study of sustainable aquaculture, which the UofS Institute of Aquaculture was chosen to lead on to establish new sustainability strategies in the industry. The links between money and happiness were uncovered, whilst our health and exercise scientists – alongside Stirling’s aquaculture experts – examined the true effect of fish oil supplements on weightlifters.

The University of Stirling Management School joined the global elite of MBA providers, the Stirling Centre for Child Wellbeing and Protection launched and our inspiring women were celebrated on International Women’s Day. Busy month!

We kicked off April by supporting the development of an innovative activity toolkit to encourage creativity in people living with dementia. We worked with Natural England to map out woodland biodiversity, found that the buzzing of bees was an innate ability and received recognition as the best nurse education provider at the Student Nursing Times Awards 2016. Stirling was recognised as the best nurse education provider

We hosted one of the foremost authorities of anti-doping policy in the world – Dick Pound – for a special guest lecture, ranked top in the UK for Social Work and celebrated as our student golfers were named BUCS Champions. April was also the month where we learned our swimmers were going to the Rio Olympics (more on them later).

In May, we launched an EU referendum MOOC, analysed the diet of 6’9″, 180kg Hafþór Júlíus Björnsson – aka ‘The Mountain’ from Game of Thrones – and moved up quite a bit in The Guardian’s league tables. We welcomed Scotland’s new Cabinet Secretary for Education and Skills John Swinney MSP in his first ministerial visit to a university since taking office. Hundreds of hill runners made most of us look bad in the annual Dumyat Hill Race, and one of our students developed an app to help people with autism.

With the sunshine of June came newly-appointed Scots Makar Jackie Kay – returning to her alma mater for a poetry project on campus. UofS scientists created an index measuring the hydration potential of beverages, Stirling University Football Club (SUFC) were the only university team to be included in the SPFL IRN-BRU Cup and one of our marketing students scooped a top marketing award.

More than 1200 also graduated from the University in our summer Graduation ceremonies. Over 1200 graduated at our summer ceremonies

Our Olympian swimmers also departed for Rio 2016 in July. A few weeks later, they would win a total of three Olympic Silvers – and the hearts of Stirlingshire. Elsewhere in July, a leading health science researched from Stirling visited the House of Commons to answer questions from MPs and Lords on the use of patient data to improve suicide prevention activities in the UK.

September 2016 will be remembered at UofS for Andy Murray’s visit to campus – bringing along his mum Judy, brother Jamie and the Davis Cup trophy. September also saw the University of Stirling enjoy a treble success in university league tables. In the realms of research, prominent studies into trafficked people and health care, the willpower of children and smoking habits later in life and the ivory ban made headlines.

October saw several huge news stories come out of Stirling. UofS researchers explored the true impact of heading a football, analyses by Stirling cancer care experts revealed Scottish patients’ experience of cancer care and a joint study between Stirling and Oregon State University found that the hunting of mammals is threatening animal populations and post a major threat to food security. Professor Carron Shankland was celebrated among the leading women in science, and virologist Dr Manfred Weidmann was the only British university scientist involved in an international collaboration focused on developing point-of-care detection method in the fight against the Chikungunya virus.

Students from the University of Stirling’s Singapore Retailing degrees celebrated their successes, graduating on the 6th October – 60 degrees were conferred in total. Winter Graduation ceremonies in Inverness, Oman and Stirling punctuated the month of November which also brought stories of meteorites on Mars and personality tests for fish (yes, really).

In December, Stirling’s elite swimmers dominated at the Scottish and World Short Course Championships with all kinds of records smashed. Their coaches did pretty well, too – Ben Higson and Steven Tigg won the title of Coaches of the Year at the 2016 Scottish Sports Awards.

Stirling researchers found that pesticides are harming bees’ ability to buzz, launched the first long-term ageing study of over 50s in Scotland and posed the question: is your Christmas dinner at risk from climate change?

A study by UofS scientists also showed that sex (in waterfleas) evolved to help future generations fight infection, and a crowdfunding campaign was launched to help protect the Peter Mackay Archive – one of the most important collections of the African liberation movement. Phew. From everyone at the University of Stirling, we hope you and yours have a wonderful festive holiday. Here’s to 2017!