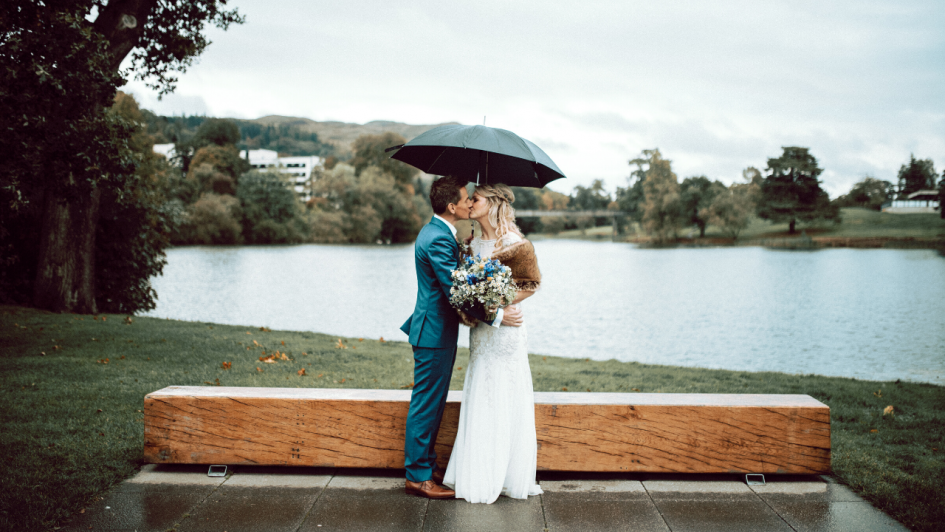 I studied at Stirling from 1991-1995 BA Hons in Psychology & Social Policy and again from 1996-1998 for my PGDip Housing Studies. Stirling and the University in particular was such an amazing time in my life. The lecturers were generally engaging and interesting, I met some of the best friends and social life and I love the combination of Hills, water, natures and standing stones – both calming and inspiring at the same time. There was never any problem that couldn’t be given some perspective with a walk up to the peak of Dumyat.  After University I moved to Dublin and from there moved to Australia with a working holiday visa firmly in my back pocket.

While in Sydney I met Michael through work and we found ourselves falling in love – a fairly unlikely meeting given how far apart we were born!  Fast forward 16 years and two children later, we decided to marry in Scotland.

I had been keen to marry somewhere rural and came to see the Stirling Court hotel without being serious – I had already decided on another venue. When I was shown where the aisle was and that the ceremony could take place in the shadow of the Wallace Monument – I was completely sold! Seeing the Wallace Monument always meant I was ‘home’ and everything just made sense.

Plans were made and on the day people from 6 different countries converged on Stirling for our wedding. I also had quite a few of my friends from my Uni days and it was great to see them all.  One slightly unexpected guest was Hurricane Lorenzo – which appeared from the Atlantic on the day of the wedding. Luckily the worst of the wind and rain stopped just in time for photos so we were able to make the most of the campus views albeit with an umbrella.