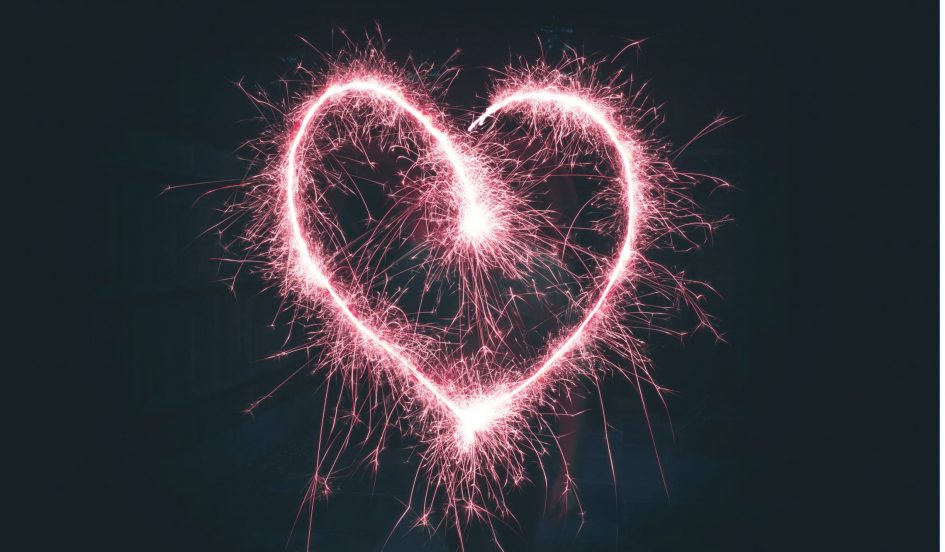 For more than fifty years, Stirling has brought couples together and formed lifelong connections. We’re celebrating Valentine’s with the help of some alumni couples this year.

How did you meet?

We met on my 21st birthday when I was out at the Union with my pals (on a rare night off from Stewarding!) It was Paul’s first night working as a Steward and my friend introduced us while he was in Studio.

How did the first date at Corrieri’s go?

The first date was really lovely – but I wouldn’t expect anything else in Corrieri’s. It felt like everyone from the union came in at some point as if they were spying and most of Paul’s floor from AKD materialised as well. We walked back to campus but I took the wrong turn for Spittal Hill and a half an hour walk ended up taking forever  – which worked in my favour because I think my really poor sense of direction made me more endearing!

The Union – working at Union gave us so many laughs and lifelong friends and experiences. Without it we wouldn’t have had the past nearly 19 years together and the life we have now.

How did you meet?

At the 2001 Sport Union Ball. Lev won the 9/11 award for coaching the American football team. I was in first year and he was in was fourth year.

Did you have a lot of Stirling friends at the wedding?

YES! 6 out of our 8 bridesmaids were/still are Stirling friends, and 2 out of the best men were/are still Stirling friends, plus a tonne of Stirling mates there to party…hard! My brother and Lev’s brother also studied at Stirling so it was a real family affair for us!

The Final Flings at the end of summer term. Always amazing! And first year life in ASH (for me) and Murray Hall for Lev will always be some of the best memories.

Do you think you would have met if you didn’t live together?

I don’t think we would have met if we hadn’t lived together, Craig was studying Accountancy and I Biology with Education so completely different subjects.  It wasn’t love at first sight either, it took a few months until we started going out, think it was late December?  So if we had met I’m not sure anything would have happened really.

First impressions when you met at Alexander Court?

First impressions, everyone seemed nice.  I’d applied with two friends who I’d shared with in second and third year.  Craig had applied with friends he’d shared with previously. One of his friends didn’t get into the honours years so we had a room where an international student came, one for the first semester and then a different one for the second semester. It was a really good mix of people and we got on really well. Craig seemed lovely like everyone else, really easy to talk to and get along with.

I think my favourite memory was Craig’s 21st birthday party (November) which we had in the flat.  It was an amazing night and also when I realised I wanted to go out with him.  I was nervous to start something as if it hadn’t gone well, it would be very awkward sharing a flat with him for the rest of the year!!

Where did you meet?

We met at the Grange – the Uni bar/disco.

Was it difficult to plan a wedding while studying?

We cobbled our wedding together over Christmas before the start of the next term. The vicar was a relative and so next Saturday was an easy option! Lunch back at the vicarage was a massive en famille affair and the honeymoon was in Chester in a B&B with damp sheets, a visit to the zoo and an interesting morning observing at the courtroom just out of curiosity. Bizarre, but then it set the tone for the next adventurous years in Brazil from where we have just retired to sedate London.

Not only did they get married while at Stirling, they also welcomed their first son – “now a prominent surgeon, so something must have rubbed off from all those early lectures and tutorials he attended!)”. Terri and Ivan have three children ranging from 42 to 25 and four grandchildren, and I’m delighted to say they still love a ceilidh!

The Alumni team are here to help you – keep your details up to date with our simple form, and get in touch if you have any questions for us!