What would Andy Murray do? 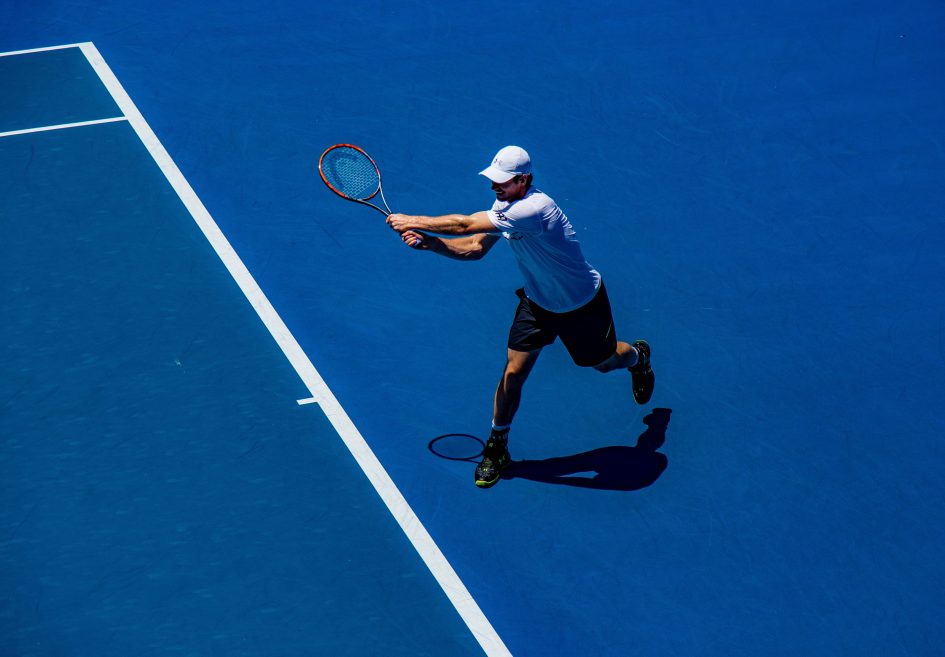 We all know that Andy Murray is a national treasure. Over the course of his incredible career, the two-time Wimbledon champion has accumulated more silverware than a fancy restaurant and helped catapult Scottish tennis to the forefront of the global game.

Time and time again, Andy has beaten the odds and inspired the world by overcoming seemingly insurmountable hurdles both on and off the court – which is why he makes a whole lot of us in Scotland so unbelievably proud.

But at the University of Stirling, we get particularly excited (and protective) about Andy, because he and brother Jamie both honed their skills and learned the game right here on our campus. Not only does Andy have an Honorary Doctorate from Stirling, but he and his family have popped in every so often to help us inspire the tennis stars of tomorrow.

We appreciate that Andy can’t always nip in to give you a pep talk at the drop of a hat – and so on his 33rd birthday, we’ve compiled a list of a few of his most inspirational quotes along with our suggestions of how you could apply this to help you get through anything life’s got to throw at you.

So, whenever you’re struggling, just ask yourself one question: ‘What would Andy Murray do?’

“I don’t play any tournaments to come second best.”

You’re only as good as you think you are, and so you can never afford to sell yourself short. Utilise a growth mindset and go into competitions, exams, job interviews or any other challenging situation with one goal in mind: to win.

Believe you’re good enough, and you’ll be able to keep your head held high and perform your best.

“In tennis, it is not the opponent you fear, it is the failure itself.”

A lot of us feel a natural anxiety when putting ourselves out there. Failing, losing or getting rejected can be a horrible feeling – and that feeling often burns so brightly that it prevents us from getting off the couch and even trying in the first place.

“You have to go into each match believing you can beat all of the players.”

You’ve got to cast away feelings of self-doubt when you’re facing major competition. You need to remind yourself that you’ve worked hard, you’re talented and you deserve all of the opportunities at your fingertips.

Don’t let those opportunities go just because you’re competing against other talented people. If you want to win, you’ve got to believe you can do it.

“I’ve realised over the years I play my best when I have time to prepare for each tournament as best as possible.”

What’s that old saying about failing to prepare? This one is pretty straight forward, and you can’t afford to mess it up. No matter what it is you’re getting ready for, chances are you won’t succeed unless you’re actually ready.

That means you need to do your homework, study hard, train, practice and do everything within your power to prepare for the tasks ahead.

“It’s not the end of the world to lose.”

When you place some goals up on a pedestal, spend ages preparing, put yourself on the line and still come up short, it can be pretty devastating. It feels really awful.

But you know what? It’s not the end of the world. Other competitions will come along. New opportunities will present themselves. Instead of quitting or dwelling on what happened in the past, use your loss as a motivator. Find out what you did wrong, use it to inform your training and start preparing for next time.