Rio 2016 – When to watch Stirling’s athletes 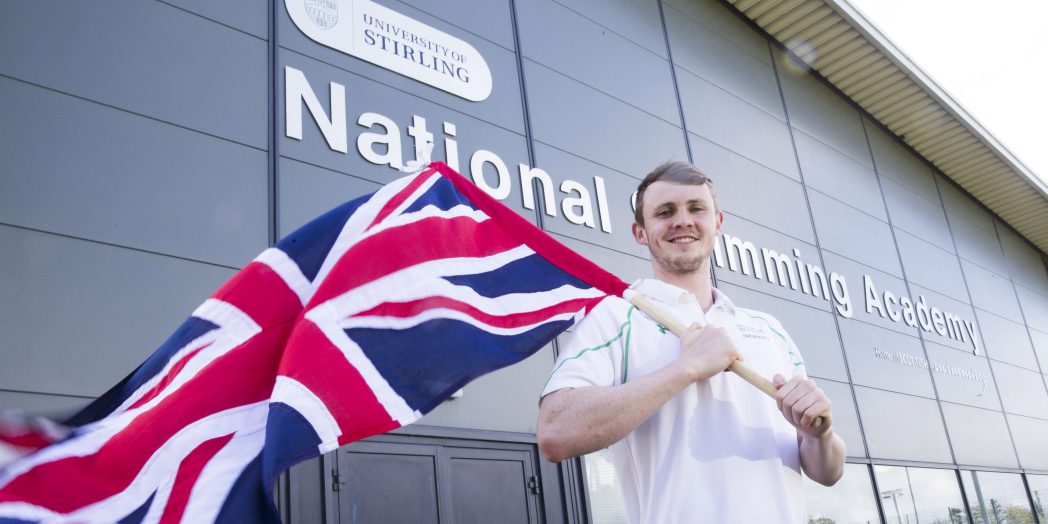 There’s now just over a day until the Rio 2016 Olympics kick off, and we’re buzzing like a jar of wasps – to quote Glasgow 2014 hero Charlie Flynn.

We’re dead proud of our Olympians – swimmers Ross Murdoch, Duncan Scott, Robbie Renwick and Craig Benson – as well as former sports scholars Colin Fleming, Catriona Matthew and Gordon Reid (who will take part in the Paralympics representing Team GB). Special shout out also to Honorary Graduate Andy Murray, who was recently asked to bear the flag for the Brits.

Ahead of the Games, we’ve pulled together the dates, times and events for all of Stirling’s athletes. Good luck to all our athletes!

NB: All times are UK times, and all post-qualifying round appearances depend on athlete progression. For a full Rio 2016 schedule, the BBC website has a calendar of all Olympic events.

Swimming has been an Olympic sport since Athens 1896 – and we’ve come a long way in 120 years. Swimmers will take part in 16 different events – including relays and individual competitions across four different strokes: freestyle, breaststroke, butterfly and backstroke. All swimming events will take place at the Olympic Aquatics Stadium in Rio.

Ross won gold in the 200 metre breaststroke at the Glasgow 2014 Commonwealth Games. This time round, he’s competing at 100 metres.

Craig is competing at his second Olympics, having placed 6th in the 100m Breaststroke at London 2012.

The veteran of two previous Olympic finals in 2008 and 2012, Robbie has said that only a medal will do at Rio 2016. Robbie is swimming in the 4 x 200m Freestyle Relay alongside Duncan Scott.

The order of play for tennis will be available on the evenings before each round. The BBC website will be updating their schedule daily.

Honorary Graduate Andy Murray – winner of Wimbledon 2016, Team GB flag bearer and all-round nice guy – will be looking to retain his Olympic Gold after beating Roger Federer in THAT epic match at London 2012. He’ll be taking part in both the Men’s Singles and Men’s Doubles, along with brother Jamie.

Former tennis scholar Colin will be battling it out in the Men’s Doubles with his partner Dominic Inglot.

One of the finest golfers of her generation, Catriona studied at Stirling from 1986-1991 – graduating with a Bachelor of Arts with Honours in Finance.

They’ve competed in front of thousands. Experienced all the pressures of an elite athlete. Now they face their toughest test.

Here’s what happened when 10 year old Lachie and 8 year old Max interviewed two of our Olympic swimmers – Robbie Renwick and Craig Benson – at the University of Stirling’s National Swimming Academy.